​From The Director's Desk

By Dan King
On Monday, June 8 we announced one of the most consequential decisions in Camp’s 62-summer history.  The COVID-19 pandemic forced us to cancel 2020 summer camp.  We knew it was a likely outcome as time passed and conditions didn’t improve, but it still seemed like an impossible conclusion even after the decision was announced.  As painful as it was, we know it was the right decision.  About 10 days later we learned that all Illinois residential summer camps would not be allowed to operate in 2020.  Several other states barred camps from operating, but many chose to allow service if certain guidelines were adopted and followed.  We were not alone in our decision to cancel, as most residential summer camps throughout the United States came to the same conclusion.  However, many of the nation’s 9,000 overnight camps did serve children.

The American Camp Association estimates that 18% of U.S. residential summer camps operated last summer.  As you may have learned from regional and national media outlets, several programs, including two located in nearby states, experienced outbreaks.  However, most camps that served children did not have notable problems with the virus.  I’m not sharing this to suggest that COVID is not dangerous.  It is highly contagious and should be respected.  I mention this because we are already planning summer camp 2021 and there is a great deal to learn from camps that operated in 2020.  Even with the release of an effective vaccine, COVID will most likely remain with us well into next year, and we must make every reasonable effort to minimize the likelihood of disease transmission.  Therefore, nearly every facet of the summer camp experience – from arrival day to meal service to cabin life – is being examined and will be altered as needed.  We don’t yet know how we’ll address every operating challenge in 2021, but we have a head start on creating a comprehensive plan – that is, of course, if conditions and regulators allow Illinois’ summer camps to resume their work next summer.

Overnight summer camps in Illinois are regulated by the Illinois Department of Public Health (IDPH) – the same agency that advises the Illinois Department of Commerce and Economic Opportunity (DCEO) in its efforts to publish COVID-19 operating guidelines for schools, day-care centers, and restaurants, among other businesses and organizations.  They have a big, complicated job.  Unfortunately, residential camps were not considered “essential” for IDPH, DCEO, and the Illinois Governor’s Office to warrant consideration for the adoption of operating guidelines last summer.  Summer camping is an essential component of youth development.  As an industry, we certainly do not want the kids in our care to be unnecessarily exposed to pathogens.  However, we are accustomed to operating in an environment in which risks are managed and minimized through proper planning and procedures.   With that in mind, we will plan diligently for summer camp 2021, pray for an end to the pandemic, and hope that camps will be allowed to operate.

In the Spring Newsletter we shared a list of things you can do to help Camp make it through the financial crisis caused by COVID-19.  Thank you, Ondessonk Friends, for responding so generously.  We are pleased and humbled by your support.  An updated version of the list is found below:

May God’s hands keep and guide the Campers of Ondessonk and may you find ways to keep Camp in your life for the rest of your life.

​On the Trail:  Cedar Falls at Camp Ondessonk 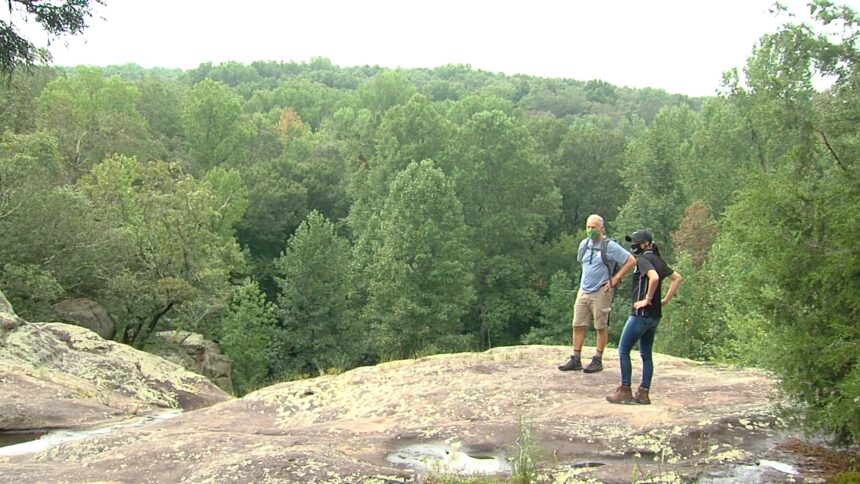 Photograph by WSIL Staff
WSIL-TV reporter Jacie Brianne recently interviewed Executive Director Dan King as they hiked to Cedar Falls.  The iconic waterfall, also referred to as Pakentuck, is thought to be the tallest waterfall in Illinois.  Come and see it for yourself.  Click here to learn more about day hiking at Camp Ondessonk.

Camp Ranger Mike Jennings organized a team of volunteers and staff to begin painting the exterior of the St. Noel Retreat and Conference Center.  This endeavor is the second phase of the St. Noel renovation project to enhance the facility and rooms for guests.   Camp Ondessonk has seen a sharp increase in room reservations after listing availability on VRBO and AirBnB. ​

​Online Registration is open.
Don’t miss out on the session you want!

Register Here
HEEPWAH to Our Sponsors 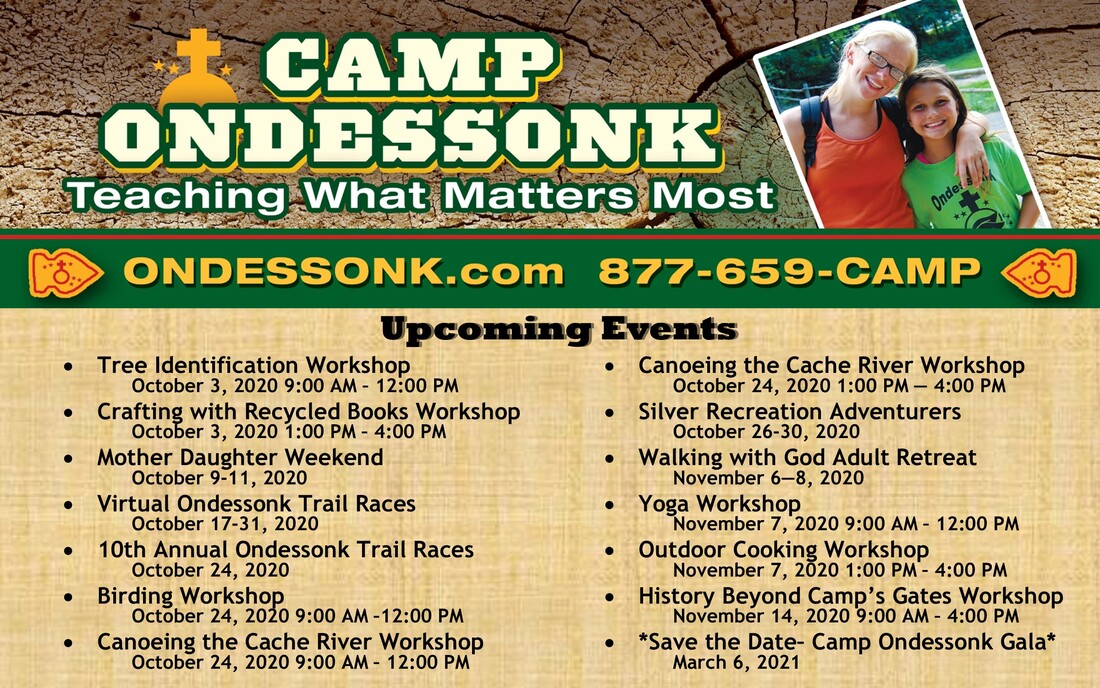