​From The Director's Desk

By Dan King
On Thursday, March 18, 2021 – twelve days after Camp's wildly successful Virtual Homecoming Gala, the State of Illinois published guidance for the operation of residential summer camps. This is the news kids and parents from throughout the state have longed to hear.  As anticipated, obeying the guidance will require a new approach to housing, food service, activities, and staffing.  Nearly every part of the summer camp experience will be altered.  The forests and canyons of Camp Ondessonk, however, will be the same for this summer's campers as for those who attended in 1959.  We should all find this comforting.

The spring season and the renewal it brings are enhanced and contrasted by the year-long pandemic we are living.  It reminds me of Today, the poem by Billy Collins.  As tempting as it may be, we will not become complacent to the danger of COVID transmission and infection. Ondessonk's culture of compliance will be in place until the pandemic ends.  Our campers and their families deserve nothing less.  Constantly evolving, our plans are summarized in this Roadmap to 2021 Summer Camp.

Camp's Virtual Homecoming Gala was yet another reminder that the organization's strength is a product of the dedication of many supporters.  Volunteer Gala Chair Belinda Bauer, Event Coordinator McKenna Sawchak, and their team of volunteers created a truly special night for Camp and its campers.  Thank you, Camp Friends, for joining forces to raise net income of more than $125,000 to Keep the Camp Gate Open!  Whether you are a volunteer, a sponsor, an auction item donor, a buyer, or a paddle-call contributor, we are grateful.

We publish an edition of the Ondessonk Newsletter two times each year; once in the Spring and once in the Fall.  This edition is the third since the pandemic began.  Each previous "pandemic issue" contained a list of suggestions for people eager to help the organization outlast the virus.  Thank you, Camp Friends, for answering our pleas.  The support of many like-minded individuals helped carry us this far.  It will likely take Camp several years to rebound fully from the financial crisis.  Therefore, the contents of "the list" remain relevant:


May God's hands keep and guide the Campers of Ondessonk and may you find ways to keep Camp in your life for the rest of your life.

Summer 2021 will be filled with fun, adventure, and learning. To assist the year-round staff in planning and implementing the best summer possible, four Summer Administrators have been hired. This summer, joining us on the journey are Chris Bretscher, Julia Heath, Dani Merz, and Andy Limkeman.
​​We are excited to have these four incredible people join our staff and together we are planning for a great summer. Heepwah!
6.  Roadmap to 2021 Summer Camp​
7.   Afterschool Program
8.  Camp Ondessonk and SWIC Film Collaboration
9.  DEI Work Group 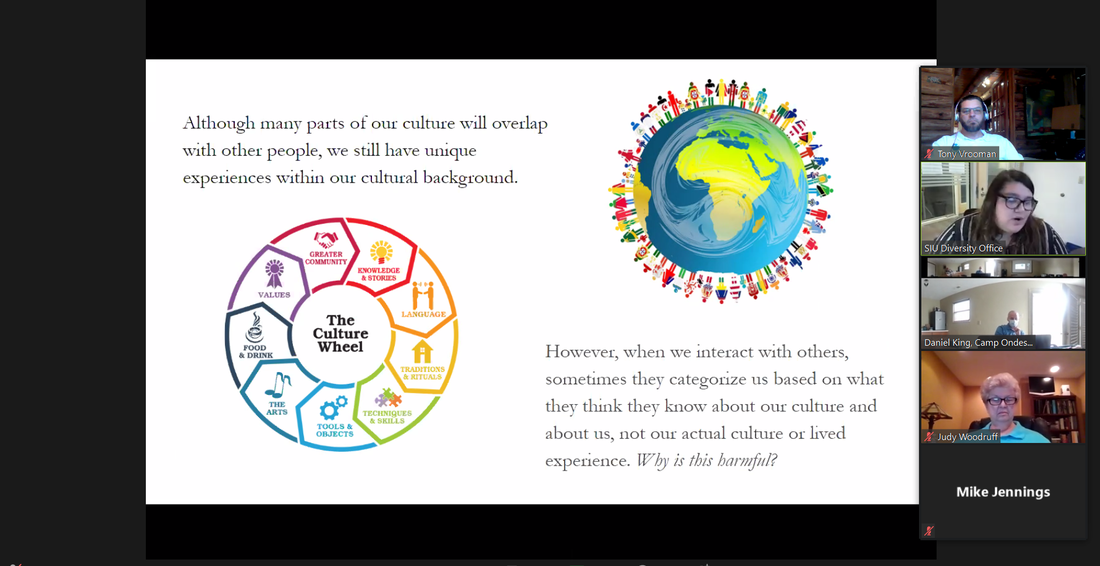 ​The newly formed Diversity, Equity, and Inclusion (DEI) Work Group held its first meeting Wednesday, February 17, 2021. The team's goals are to ensure all campers and individuals have equitable access to Camp Ondessonk and to grow our community through the practices of diversity and inclusion.

In November, the DEI Work Group and all Camp Ondessonk staff members participated in an impactful and valuable diversity education program provided by Southern Illinois University Carbondale. To continue our educational journey, we will be participating in the Level 2 training in April, which will focus on practical ways to practice allyship among diverse community members.

Additionally, the DEI Work Group meets on a bi-weekly bias to discuss other real-time resources and educational materials. The next step is to frame out a complete implementation plan for DEI to truly make Camp Ondessonk a place where all volunteers, staff, and, most importantly, campers feel welcomed with open arms.
10. Lodge Dues are Due!
11.  Ondessonk Home to Rare Plant Communities
12.  Ondessonk Snapshots​

More than 75 Campers from all across the country participated in the 10th Annual Ondessonk Online.  Emma Klues and fellow Unit Leader volunteers guided Campers on a week-long digital summer camp experience.  Utilizing Facebook and Camp's website, participants uploaded their Snog pictures and told virtual stories at the opening campfire.  They uploaded their encounters from their all-day exploration and posted their favorite Tuesday activity, all while getting ready to make foil burgers for dinner on Wednesday night.    All participants received an Ondessonk Online arrowhead, and Goupil won the Golden arrowhead.

Getting Ready for Camp Webinars

Don’t miss out on the session you want!

Getting ready for camp webinar
For new and returning campers 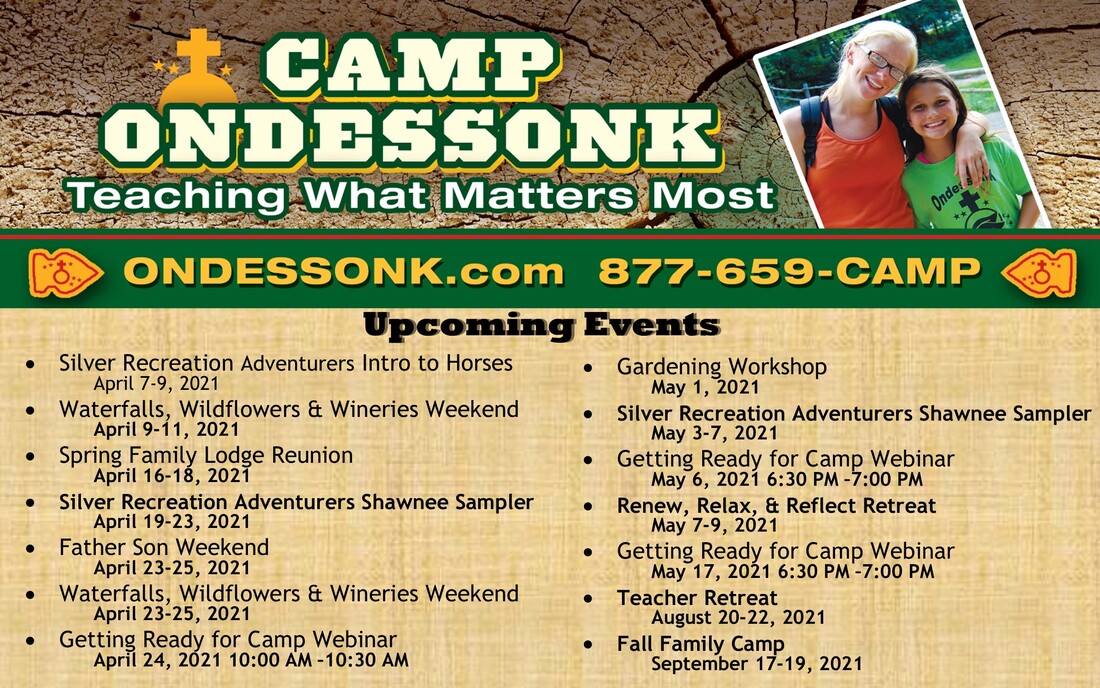